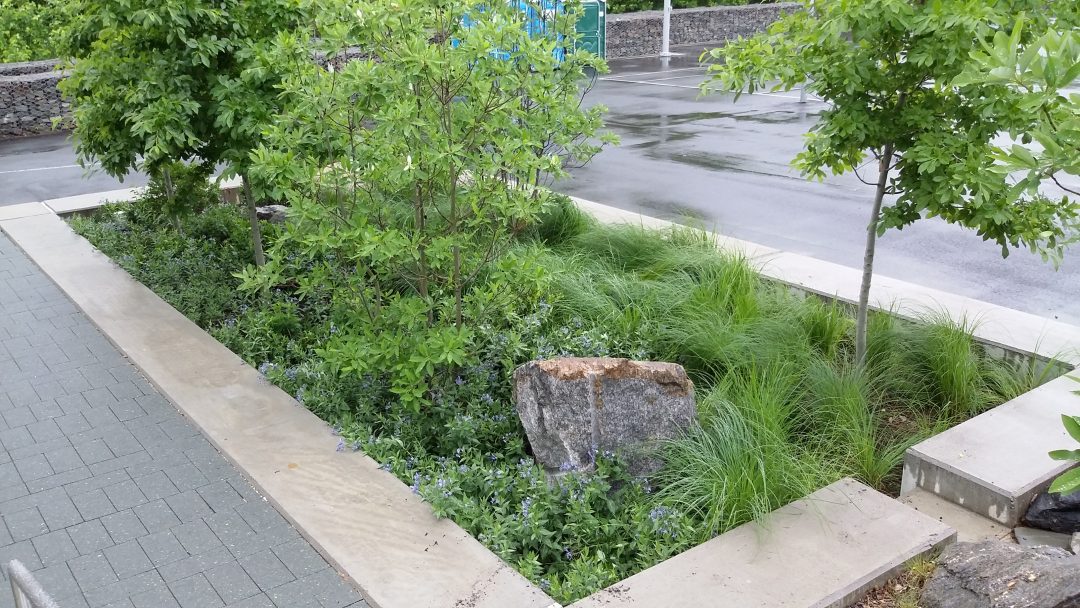 Green Infrastructure is Part of the Solution

Earth Economics, a global leader in science-based economics, worked with the Sewage-Free Streets and Rivers partners to develop a New Jersey-specific flyer highlighting the benefits of using green infrastructure (GI) to reduce combined sewer overflows. As 21 New Jersey communities select solutions to reduce combined sewer overflows, it is important for decision-makers to fully understand costs and the benefits of green infrastructure. The flyer is an outreach tool to inform local communities, organizations, permit holders, and policymakers as they select the solutions to stopping sewage overflows.

The flyer that Earth Economics developed shows how GI is a cost-effective solution from a capital and operation and maintenance perspective, especially when paired with an established gray infrastructure system. According to Earth Economics, “green infrastructure projects tend to store more gallons of stormwater per dollar invested than conventional gray infrastructure. Also, operations and maintenance costs tend to be similar or lower than gray infrastructure as a percentage of capital costs.” Earth Economics also quantifies the broader benefits of green infrastructure. For one acre of rain gardens installed in New Jersey the estimated value of improving stormwater quality is $111,796, the aesthetic value is $841,134, and the value of heat island reduction is $21,756. The same rain garden is associated with an estimated value of carbon sequestration of $6,880 and flood risk reduction of $7,174.

Another broader benefit of GI is local job creation. Earth Economics found that for every million dollars invested in GI programs, between 11 and 13 jobs are supported, compared to approximately 7 total jobs for traditional gray infrastructure projects. They note that GI programs support local jobs when they “are planned in tandem with local workforce development efforts, and permit holders prioritize local hiring programs.”

By capturing and slowing water where it lands, green infrastructure can reduce the strain on sewer systems, treatment plants and reduce greenhouse gas emissions.

Pumping stormwater to sewer treatment plants is energy intensive and expensive. Green infrastructure projects in Camden were estimated to capture about 125 million gallons of stormwater per year. This saved the City of Camden the cost of pumping that flow to the CCMUA as well as the pollution associated with that energy usage. Andy Kricun, former Director of the CCMUA estimates the savings in treatment and pumping costs of around $250,000 per year.

The deadline for the Combined Sewer Overflow Long Term Control Plans is October 1, 2020. Several municipalities in the Passaic Valley Sewerage Commission Region have already presented plans for reducing CSOs that include minimal or no GI solutions. While reducing combined sewer overflows can be accomplished without GI, communities that move forward with plans that rely on gray infrastructure will miss the cost-benefits, community benefits, and environmental benefits associated with GI.