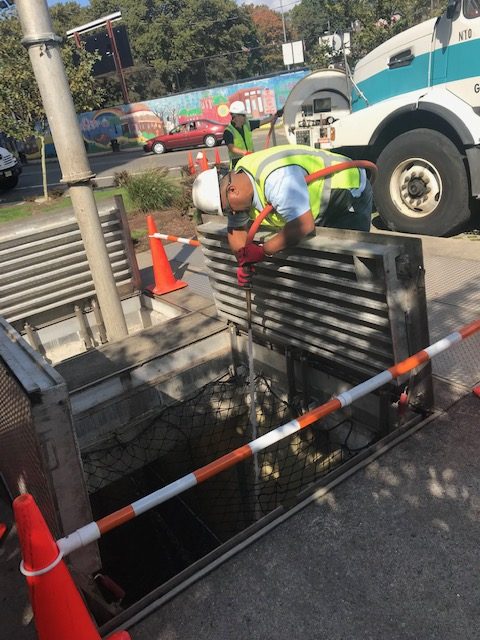 Due to the COVID-19 pandemic, the New Jersey Department of Environmental Protection (NJDEP) extended the deadline to submit draft Long Term Control Plans (LTCPs) from June 1 to October 1, 2020. To date, two plans have been submitted before the October deadline, each representing one of North Hudson Sewerage Authority’s (NHSA) two treatment plants—Adams Street and River Road.

Implementing plans for both plants will co 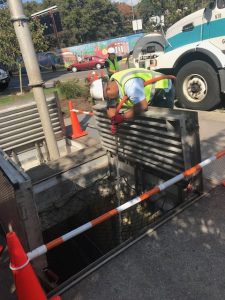 st the authority $307.3 million and will occur over a period of at least 29 years. Most of the 12 distinct projects focus on storage tanks and increasing capacity either at the wastewater treatment plant (WWTP) or within the conveyance system. Both plans indicate the authority will ensure that additional debt service on loans or bonds needed to finance the LTCP projects is “manageable within the overall debt burden and affordable to the customer base.” The table below outlines the selected projects for both plans, as well as expected construction costs and project start dates. 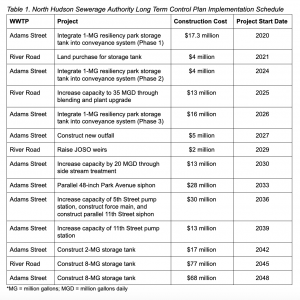 Both plans call for exclusively gray solutions but refer to supplementary green infrastructure projects constructed by cities within the authority’s service area. Neither plan prioritizes water conservation or green infrastructure but the River Road plan highlights a current service area leak detection program that minimizes the effects of inflow and infiltration. The program involves the authority identifying infiltration into the collection system from water main leaks and meeting with SUEZ Water to isolate and repair the leaks. Thus far, the program has resulted in reduced flow rates to the River Road plant from 11 million gallons daily (MGD) to eight MGD, which ultimately allows for more CSO flow to the plant. The plans indicate that public input, which called for minimizing disruptions to public activity, shaped the selection of the CSO controls. Lastly, implementation of the plans will be funded by a combination of rate increases, bonds, and grants and loans from the state Infrastructure Bank.

Green infrastructure projects are briefly mentioned in the Executive Summary, which are intended to “work in parallel” with the plans. The Adams Street plan refers to the Hoboken Green Infrastructure Strategic Plan, submitted in October 2013, but does not name the specific strategies. It also notes the green infrastructure projects like permeable pavements and rain gardens at various resiliency parks in the service area and the Washington Street Rehabilitation and Redesign Project, which features 15 rain gardens. The River Road plan notes general “green infrastructure practices” at Union City schools and the West New York Parking Authority, as well as bioswales along Park Avenue. Additionally, the authority has been requiring stormwater management in the form of detention systems for all new development and redevelopment projects. This will be included in the next iteration of the LTCP.

Although the plans document the number of public meetings, the only public comment recorded in the report refers to concerns for projects proposed on public property and along the Hudson River, as well as ones that involved in-street construction. Since those projects would potentially impede community actions, the LTCP focused on expanding the capacity of the wastewater treatment plant and increasing the volume that can be conveyed to the plant. The plan acknowledges that other alternatives such as storing or treating outside of the plant would be effective, but would ultimately cause more disruption to public activity. The plan does not mention additional community benefits such as improved public health and local jobs.

Both plans are being funded by rate increases, bonds, and grants/loans from the New Jersey Infrastructure Bank. The authority does not have proposed rate increases by income level. Instead, rates will increase uniformly by 2.0% per year for the next 10 years, followed by 3.0-3.5% increases per year. Normally, NHSA does not have customer assistance programs, but due to COVID-19, the authority is offering assistance by delaying the due date for its next two quarterly bills and not charging interest penalties for late payment for three months.

To find the two North Hudson Sewerage Authority reports, as well as other permittee reports when posted in the fall, please visit the NJDEP Long Term Control Plan Submittals website. Comments on the LTCPs can be submitted to the appropriate NJDEP contacts (contact information found here). For all comments, we suggest copying Susan Rosenwinkel (Susan.Rosenwinkel@dep.nj.gov), bureau chief of surface water permitting at NJDEP, as well as the relevant permittee contact (please refer to the permittee directory here).