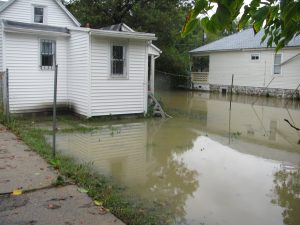 Communities with combined sewer systems are one step closer to being able to implement stormwater utilities to help pay for upgrades. The New Jersey Legislature gave final approval to a bill that would allow municipalities to set up stormwater utilities, a program utilized in 40 states to reduce flooding and pay for stormwater infrastructure.

Mayor Steven Fulop of Jersey City, one of the largest cities in New Jersey with a combined sewer system, came out in favor of the bill in an op-ed that was published in The Star-Ledger.  Mayor Fulop called a stormwater utility “the most effective – and most equitable – model to address the growing threats from stormwater.”

In his op-ed he describes why a stormwater utility could be a “huge win” for Jersey City: “A stormwater utility assesses a user fee for large buildings based on how much hard surface, such as concrete, rooftops or pavement, is on a property. This makes sense because such impervious surfaces, without stormwater control measures, not only increase flooding, stormwater also collects pollutants by flowing across them. The revenue then funds on-the-ground projects that will help manage flooding and protect clean water.”