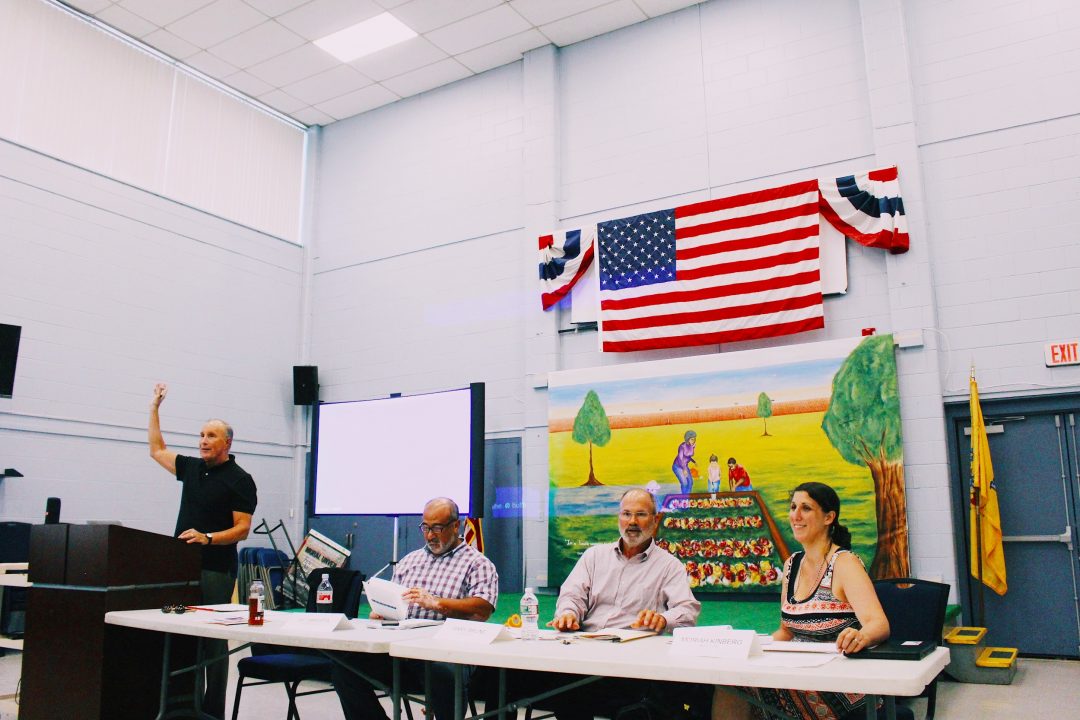 Perth Amboy, like many New Jersey municipalities, has faced flooding issues for many years. Since the 1860s, New Jersey and much of the North East have utilized combined sewer systems (CSS), where stormwater and sewage are combined in a single pipe and conveyed to a local wastewater treatment plant. When too much liquid enters the CSS, it overflows, sending a mixture of sewage and stormwater into local waterways. Because more land in our cities has been paved with impervious surfaces in the last century and a half, the amount of land available for stormwater to drain into has dramatically dwindled, thus putting more liquid into our sewer systems than ever before. Development is unlikely to stop in any of the 21 municipalities currently being affected by combined sewer overflows (CSOs), so it is critical that the issue be addressed immediately and effectively.

Perth Amboy is at the forefront of the problem and is actively developing solutions.  Currently, the city is experiencing frequent CSO events, directly affecting its community by reducing access to its beaches, and indirectly damaging its citizens, as witnessed by the deflation of waterfront property values that comes with unusable beaches. Rather than become overwhelmed by the scope of the issue, Perth Amboy met the challenge with a sense of hope. By addressing the issue early, community members will be able to have a say in choosing the solutions which will have maximum impact on the problem, and minimum disruption to the community. 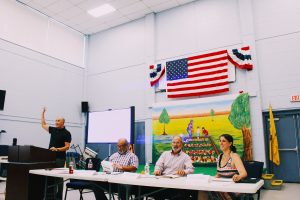 On Wednesday, July 17th, community representatives, among them Mayor Wilda Diaz, Council President Bill Petrick and Vanessa Bermudez of the Zoning Board, met at a local community center to come to a mutual understanding of the issue. Moderated by Harry S. Pozycki (Chairman and Founder of the Citizens Campaign) and led by panelists Dr. Christopher Obropta (PhD in Civil Engineering, specialist in water resources at Rutgers, and expert in gray infrastructure), Gary Brune (New Jersey Future stormwater utilities program manager), and Moriah Kinberg (New Jersey Future, Community Outreach Manager and organizer of of Sewerage Free Streets and Rivers Campaign), the group discussed the many proposed solutions to CSOs and their ramifications within the city. The panel discussed the roles of green and gray infrastructure in the solutions. Green Infrastructure solutions mimic nature by capturing stormwater and then slowly releasing it into the ground, while grey infrastructure uses pipes, storage tanks and tunnels as well as sewer treatment plan expansion to capture and treat the mixture of stormwater and sewage. Green infrastructure is unique in its ability to help solve the issue cost effectively and for the added community benefits ranging from neighborhood beautification to cooler, shaded, sidewalks. Perth Amboy will not be the first city to implement strategies for solving stormwater issues, and this too gives the city the advantage of being able to implement proven strategies, rather than spending money on speculative ones. One such proven strategy that is up for consideration is the creation of a stormwater utility, which is a more equitable way to fund stormwater infrastructure upgrades. Rather than relying on property taxes or sewer fees that are not related to polluted runoff, a stormwater utility is directly related to the amount of stormwater that runs off your property and can only be used for stormwater infrastructure. In addition to funding, concerns relating to public outreach and zoning were also addressed, as any plan put in place to mitigate stormwater cannot be enacted without the involvement of the public who will be dealing with the construction of these CSO solutions, which could possibly involve the use of private property.

The meeting adjourned with a final comment from Pozycki, who encouraged us to dream about what our communities would look like sewage free. Yes, the task of fixing our centuries old sewage systems will be slow and expensive, but simply setting one’s gaze on the much improved Jersey communities of the future will always prove the challenge worthy of undertaking.

View all posts by Miles Franklin